Could we define the national cuisine of Kazakhstan? 

National cuisine refers to the traditional foods, ingredients, and cooking methods specific to a whole country. A dish can be considered a national dish if it has a long history of being consumed, is prepared in a specific traditional way, and uses ingredients that are grown in Kazakhstan or commonly found in the local area. Additionally, it should hold cultural significance and be regularly consumed by a large portion of the population, regardless of regional, social, religious, or ethnic differences.

On the basis of this, it is possible to enumerate at least a dozen foods that are worth being named as national, which could be confusing to many Kazakhstani people. For example, nominating «Manti», «Plov», «Lagman», «Morkov cha», «Borch» and «Nan kuirdak» as a legacy of national cuisine, in addition to the list of national foods which are commonly mentioned as «Et», «kazy», «karta», «baursak» etc. It can be challenging, at the moment, to define national cuisine in Kazakhstan as it is a complex and multi-faceted concept. One reason is the lack of research in this field. Additionally, the way the term «national» was understood during the Soviet past, with an emphasis on ethnic origin, contributes to confusion. In other words, «national cuisine of Kazakhstan» does not necessarily mean traditional Kazakh foods.

Defining national cuisine may seem simple but it encompasses a complex array of concepts such as «nation», «nationalism», «national identity» and «national culture».  To truly understand the national cuisine of Kazakhstan, we need to examine the cultural, historical, and social factors that have shaped it. It should be noted that Kazakhstani cuisine is influenced by various factors, including tradition, cultural exchange, regionalism, and the growing impact of globalization. Like many other countries in the modern world, in Kazakhstan, the availability of international foods is playing a major role in shaping the food culture today.

Some experts say that when Western food and ways of eating are introduced to other cultures, it can change and replace traditional foods and customs. This is called the «food imperialism» theory. This theory suggests that the impact of globalization on food and cuisines is not neutral but rather influenced by power, economic interests, and cultural representations. However, not all experts agree with this idea. Some of them think that globalization can also help spread traditional foods around the world. But, many countries that want to show their national identity and culture through food often follow Western standards.

As stated above, globalization of cuisine means that different kinds of food from other countries are becoming popular in many parts of the world. For example, in Kazakhstan, «sushi», «ramen», «pizza», «pasta», and «doner» are popular while Georgian, Chinese, and Turkish cuisine are mainstream in big cities like Almaty and Astana. This means Kazakhstani people are able to try and enjoy different kinds of food that are not originally from our country.

A study I conducted of menus in 21 cities in Kazakhstan shows the impact of globalization on the country’s food culture. By analyzing 7517 eating establishments as: restaurants, cafes, coffee shops, pubs, fast food places, canteens, food kiosks, and food tracks the study found that out of 64 different types of cuisine, 14 were successful examples of culinary diplomacy, where other countries promote their food and culture.

However, it’s important to note that the data may not represent a comprehensive picture of reality, but rather an illustration of discursive desires to shape reality and project particular notions of national cuisine.

According to the data collected in 2022, the distribution of global ingredients and cooking techniques or the presence of international restaurant chains in Kazakhstan is not significant. Compared to other categories of eating establishments, such as those considered «national» or «local», their presence is much lower. This may be due to cultural and economic factors.

Despite this, it’s important to note that certain types of cuisines in Kazakhstan are gaining popularity and this is accompanied by a growing appreciation for the culture associated with these nations. For example, Italian, Japanese, American, Georgian, Korean, and Chinese cuisines are widely offered by eating establishments throughout the country.

Many countries promote their national cuisine as a way to showcase their culture and identity. For example, France is famous for its fancy food and is often associated with luxury. The French government promotes French cuisine through campaigns like «Bon Appétit!» which shows off the diversity and quality of French food and wine. Similarly, Italy promotes its cuisine through the «Italian Food Ambassadors» program, which trains Italian chefs to share traditional Italian food around the world.

The promotion of Korean culture and heritage, particularly through food fairs, festivals and traditional cuisine-focused restaurants, has been successful in recent years. A poll by Gallup Korea in 2006 found that kimchi was cited as the «symbol of national culture representing Korea» by 22.1%, coming in second only to the national flag.

Kimchi, a traditional fermented vegetable dish included in UNESCO’s intangible cultural heritage list, has emerged as a symbol of national identity in South Korea. This can be traced back to the 1988 Seoul Olympics when it was promoted as a traditional and healthy food. The government has also taken steps to encourage kimchi as a symbol of national identity, such as creating a Planning and Promotion Unit for the Kimchi Industry. This has helped to increase the popularity of Korean cuisine around the world and has been a successful example of cultural diplomacy for South Korea.

Japan places a great emphasis on promoting traditional Japanese cuisine, called Washoku, by developing initiatives and creating a certification system for high-quality Japanese food products. To be certified as «Washoku World Heritage», dishes must comply with criteria such as the use of local and seasonal ingredients, traditional cooking methods, and respect for the cultural and historical background of the dish. These efforts have led to an increase in the number of Japanese restaurants and sushi bars around the world, making it more widely available and accessible.

The popularity of sushi, a traditional Japanese dish, is attributed to its taste and flavour, health benefits, the globalization of Japanese culture, and its marketing as a luxury food. The Japanese government also supports research on food and food culture, including researching new ingredients and cooking methods and preserving traditional table manners, etiquette, and aesthetics. Additionally, many Japanese chefs and culinary experts have made significant contributions to the preservation and promotion of traditional Japanese cuisine through their culinary creations, teaching and sharing their knowledge and expertise.

In the case of Turkey, «Taste of Turkey» is a noteworthy initiative for showcasing the country’s culture and heritage through culinary diplomacy. The campaign aims to introduce traditional Turkish cuisine and culinary culture to the world, encompassing a diverse range of dishes and not limiting itself to a single recipe. This is achieved through events such as food festivals, cooking demonstrations, and cultural exchange programs where individuals can sample traditional dishes and gain insight into their history and preparation techniques. The ultimate goal of the campaign is to raise the popularity of Turkish cuisine and attract more tourists to Turkey by highlighting the unique flavours and ingredients of Turkish culinary culture.

Reflection on aspects of globalization and rising diversity in Kazakhstani food culture raises questions about the role of Kazakhstani cuisine in promoting national identity and cultural heritage. Such as, could we define the national cuisine of Kazakhstan? Can a distinct Kazakhstani food be identified considering the short historical time for self-determination?  Could globalization take away the ability for Kazakhstani to make their own choices about what they eat, just like how colonization did in the past?

Kazakhstan has a special kind of food culture that is different from others. Our cuisine is shaped by the mixing of different cultures and traditions of 120 ethnic groups of people who have been living together for more than four generations. Kazakhstani cuisine is unique and special and is an important part of national identity. To understand and appreciate Kazakhstan better, it’s important to learn about the culture and history of its cuisine.

Aliya Bolatkhan, a PhD candidate in the field of history, is currently engaged in a research fellowship at Utah State University as a visiting scholar until September 2023. As the author, she has undertaken several scholarly initiatives aimed at advancing the dissemination of scientific knowledge and the preservation of historical heritage pertaining to the history of Kazakhstan, such as "The gastronomic map of Kazakhstan" and www.online-archive.kz, etc. Additionally, she serves as the coordinator for the "Shon Publishing House" project, which aims to translate and publish books on the history of Kazakhstan. Her research interests include the history of food and foodways, national identity and food culture, the history of deportations, and oral history. 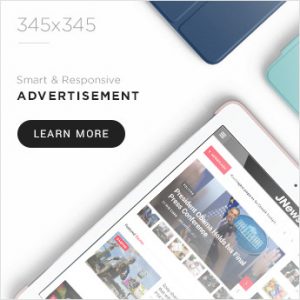